While streaming is hardly a new concept, it took a pandemic and plummeting box office revenues to make Hollywood decisively change its game. Now all bets are on streaming.

Studios are aggressively wooing audiences through exclusive content franchises and first-window releases. By reserving the best content for their own platforms, the majors are forgoing millions of licensing dollars and leaving the playing field wide open for independent content makers.

Research from Purely Streamonomics found that in 2020 indie content accounts for 65.5% of the world’s film and TV production activity, valued at $144.3bn, a 25.3% rise from the year before. I foresee that trend on an upward trajectory as it seems the stars have aligned for the indies.

Indies now no longer have to contend with Hollywood’s formidable distribution muscle and blockbuster content. Instead, they are surrounded by a blue ocean of opportunity driven by unabating consumer demand for content, the rise of global streamers and accelerated growth of niche platforms around the world.

Global streamers like Netflix and Amazon Prime established their international reach through a glocalised approach (global in scale but with a localised touch) to their programming; by choosing to invest in local production talent and acquiring content rights from independent content makers. The results have been promising and, in the case of Money Heist (Spanish) and Lupin (France), phenomenal. Global audiences have proven the appetite for great stories from anywhere.

In fact, the U.S.-based Netflix has recently become the largest commissioner of scripted European content, as reported by Ampere Analysis, a position typically held by a European public broadcaster.

Policymakers have also caught on to the success of global streamers and the impact on their local content industries. Europe and Australia have started to mandate quotas for content on streaming platforms to be of local origin, giving independent content makers in these markets greater opportunity.

As conglomerates like Disney+, Paramount+, Peacock, HBO Max extend their footprint globally, there will be no lack of demand to license independent content from the local markets they operate in.

There’s also the accelerated growth of niche SVOD and AVOD platforms to consider. Through the internet, niche streamers can now aggregate once geographically-scattered audiences to become regional or even global players. There’s France’s Salto, India’s ALT Balaji and Eros Now as well as China’s iQIYI and Youkou. Imagine the diversity of content that acquisition executives from these streamers will be looking for, all eager to differentiate their services with hidden gems of content.

With greater demand for content and less competition than ever before, there seems to be no ceiling on content spending in sight. There’s no better time than now to be an independent content maker. With so many platforms looking to license content, indie producers are in a great position to negotiate rights, whether it’s a single or multi region deal, or multiple non-exclusive deals.

The key to turning opportunity into reality is for indie content creators to ensure that their catalogue is discoverable by content buyers anywhere in the world, whenever they are looking. Using online content marketplaces to increase distribution reach and speed now becomes critical and even essential to maximising revenue opportunities for independent content creators. 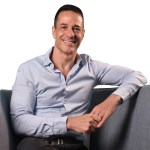 About Ian McKee
Ian McKee is the CEO of Vuulr, the online global Film & TV content marketplace that connects buyers with distributors worldwide. Ian has more than 20 years’ experience in the field of technology, digital marketing and disruptive innovations under his belt. In 2020, Ian was named by Business Insider as one of the top 10 leaders transforming media and advertising in Asia in 2020.

Sign Up for Free on Vuulr and Start Closing Deals

Vuulr is the global online content marketplace for Film & TV rights that connects buyers with distributors worldwide. With Vuulr, content discovery and acquisition takes place 24/7 with buyers negotiating directly with distributors, and completing deals online in days, not months.