The demand for scripted drama content has remained steadfast this year, according to online rights marketplace Vuulr.

The service, which went global in January this year, has revealed that out of 8,000 deals negotiated for TV and films in 2020, drama was the most in demand genre on Vuulr at 13%. This was followed by comedy at 8%, documentaries at 7%, action at 6% and family programming at 5%. A further 20 other genres made up the remaining 60% of transactions made on the service in 2020.

Among the statistics released by Vuulr include US buyers shown to be leading the way in early adoption of the content marketplace, making up 31% of its registered buyers, while striking 47% of the deals. On the flip side, buyers from the UK made up 9% of registered buyers, but 3% of the transactions. 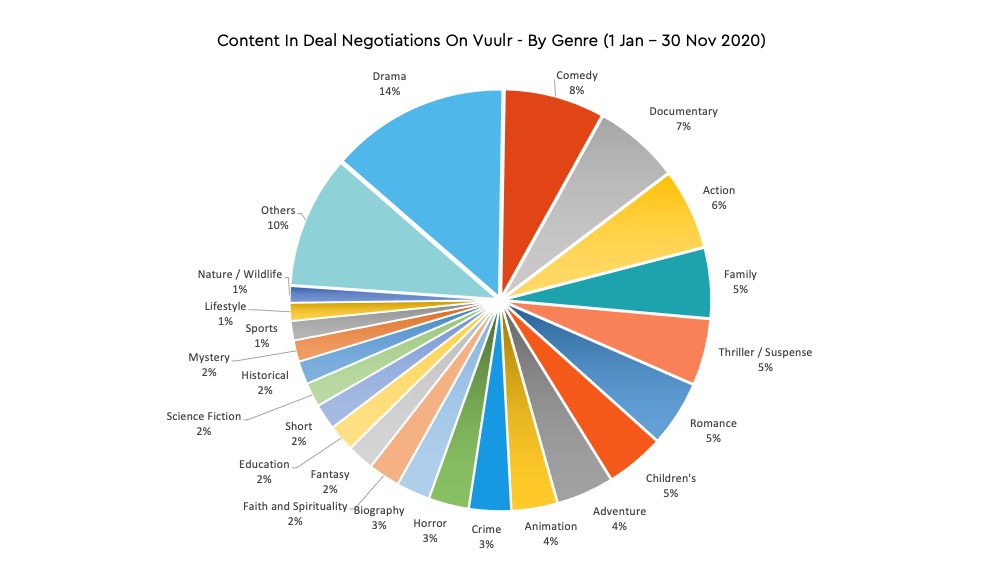 The number of total transactions made on Vuulr also grew across the year, with 1,269 licensing deals struck on the platform as the number of registered buyers rose from 1,142 after its international rollout in January 2020 to 4,603 by mid-December.

The number of content hours listed by sellers also more than quadrupled, perhaps buoyed by the lack of physical markets this year, up to 130,000 hours of content, while overall users jumped from 3,143 in February to 8,194 in December – growth of 160%. 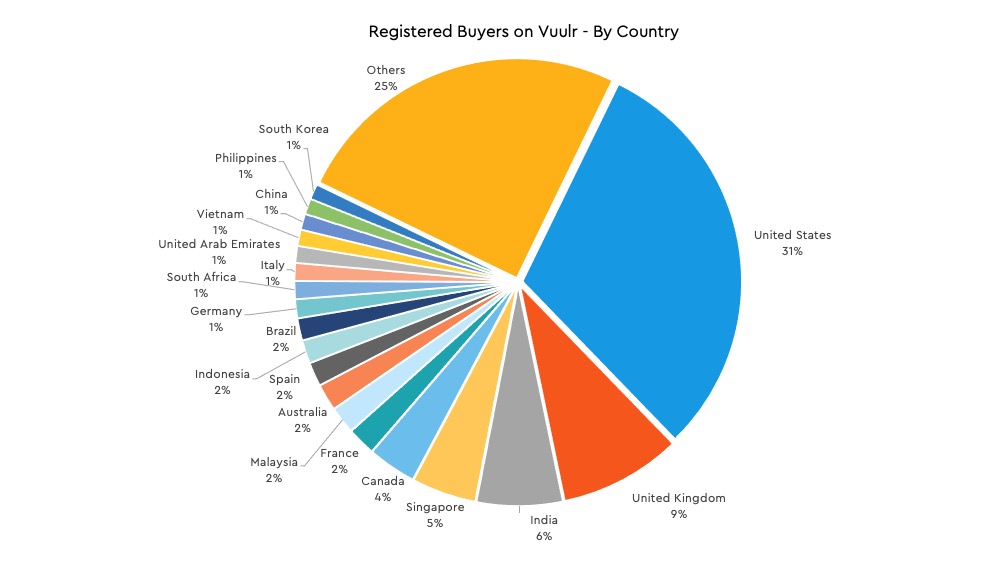 “Content buyers and sellers, from mainstream and niche players, are demonstrating that the global demand for drama content remains undimmed, but the sheer variety of genres in demand suggests that buyers from around the world have been turning to digital providers to fulfil their channel needs during the pandemic."

“Many content buyers have tried Vuulr for the first time this year, as our catalogue has expanded. We expect this to continue as we move towards a hybrid digital/ physical way of doing business. It’s certainly been a year of significant change and we expect to see more in 2021”.

Vuulr is the leading global online content marketplace for Film & TV rights that connects buyers with distributors worldwide. With Vuulr, content discovery and acquisition takes place 24/7 with buyers negotiating directly with distributors, and completing deals online in days, not months.